Holden Torana | Get to Know This Aussie Original

Ah, the Holden Torana – a true blue Aussie original. We love this bloody beaut and, in particular, the Holdens of the 60s and 70s make us proud to be Australian.

Still, even if you have a deep love for the Holden Torana, you might not know much about the history of this classic car. So, we’re here to enlighten you. Let’s do this! 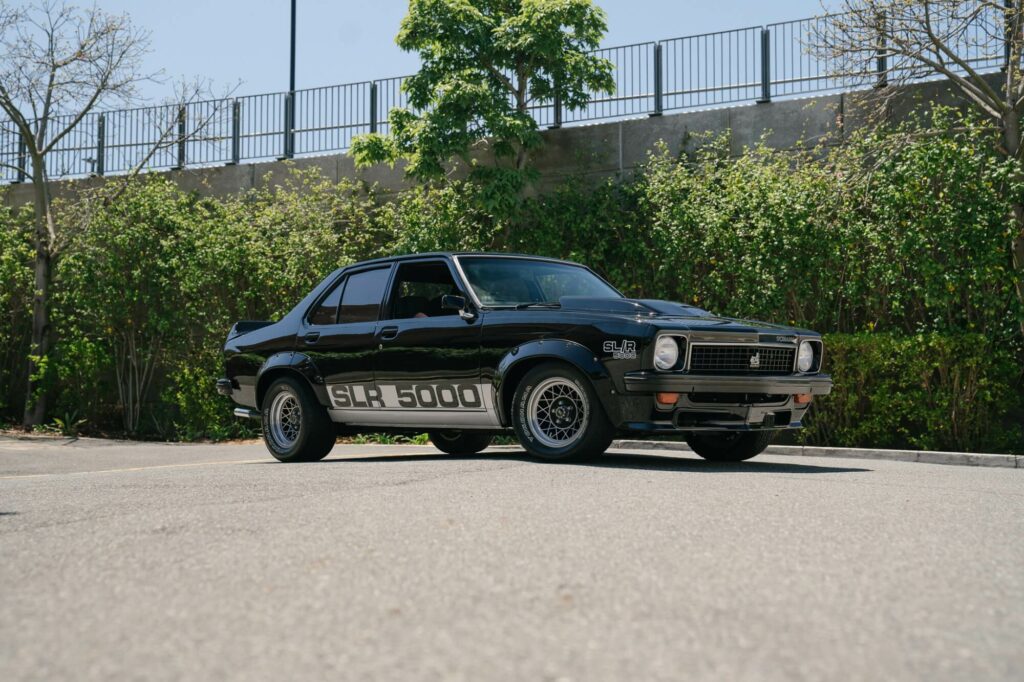 About the Holden Torana

Holden is an Australian auto company that is pretty much as true blue as it gets. Yet, you may be surprised to learn that Holden actually got its start as a saddlemaker back in the day, opening way back in 1856.

Trading horseback for horsepower, Holden waited about 100 years before the company started making classic cars – one of the first being the Holden Ute 48-215 of the 1950s. This truck is the true OG when it comes to Aussie utes and it started what’s now a series of some of the most beloved Australiana vehicles ever made.

While, originally, Holden set out to make cars for the everyday Australian, once the Holden Torana came around in the late 60s, it was no longer just about functionality. The people wanted speed and they wanted looks.

In the era of the Ford Mustang and Dodge Charger, consumers were after cars that made a statement and Holden was eager to compete.

Sure, the original Holden Toranas were your average, everyday sedan but by the 70s, they were sought after by Australian youth and going for huge ticket prices.Oozing with an undeniable cool factor and definitely able to play ball with other muscle cars of the era, the Holden Torana soon made its mark.

Now, the Torana is an Aussie icon of a classic car that’s truly reached legendary status, especially down under. Rare, elusive and only in production from 1967 to 1980, the Holden Torana is rightfully coveted.

And here at Classics for a Cause, you could say we’re a bit more than just Holden enthusiasts. The Holden Torana has, without a doubt, secured a special place in the hearts of Australians forevermore.

History of the Holden Torana

The first generation Holden Torana was released in May 1967. It featured two doors and a 1.2-litre four-cylinder engine. Created to compete with the American and British car makers of the time, the Holden Torana quickly became an Australian classic.

Holden is a subsidiary of General Motors and the name Torana is derived from the Aboriginal word that means “to fly”. The Holden Torana was produced from 1967 to 1980 with the original model known as the HB.

The Holden Torana HB was modelled after the British Vauxhall Vivas and at first, consumers felt it was just a ripoff from the Brits. But after the 1969 LC and LJ models hit the scene, Aussies truly fell in love. 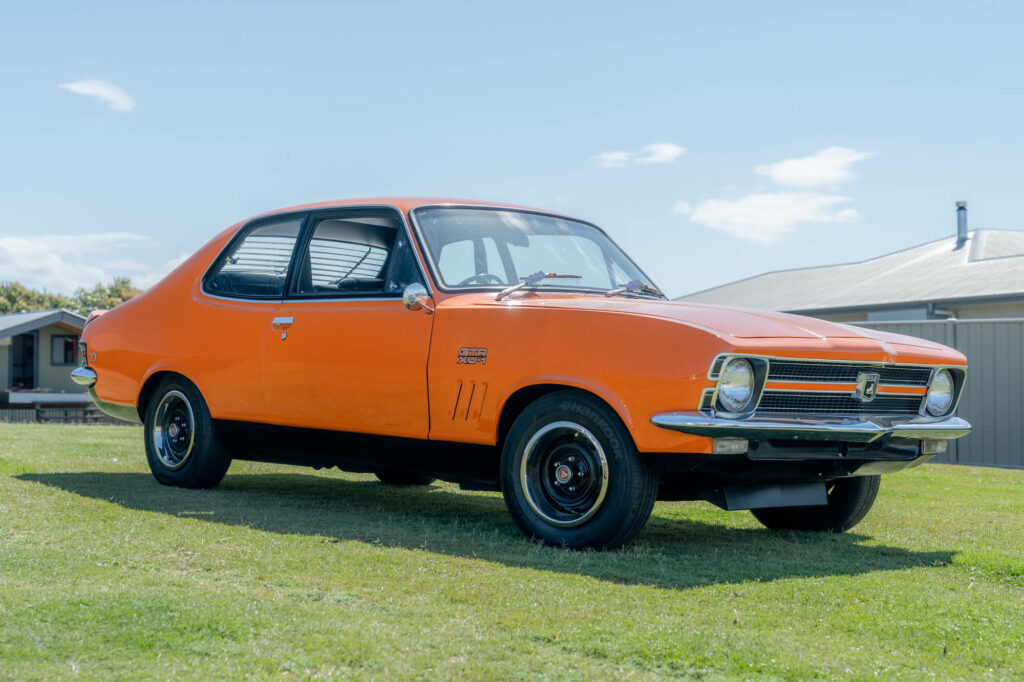 Then, in an effort to compete with the likes of other popular muscle cars of the late 60s, the Holden Torana GTR XU1 was released in 1970 with enhanced drive train and handling, scratching the itch of those in the need for speed.

In fact, it wasn’t until the 70s that Toranas achieved legendary status, where they remain in the hearts of Aussies even today.

Eventually, the Holden Torana was phased out and replaced by the Commodore, another popular Aussie classic. While globally, the Torana isn’t as widely recognised as, say a Camaro or a Mustang, we Aussies can stand by the fact that we bloody love these cars!

A few of our favourite versions of the Holden Torana made their way to our classic car giveaways here at Classics for a Cause.

First was a gorgeous 1971 Holden Torana in a striking orange colour with a black leather interior. Then, we ventured even later into the 70s with a 1976 Holden LX Torana SL/R 5000 and its smooth black exterior. We also give away a rare 1973 Holden Torana GTR XU-1 V8 in bright pink

While the Holden Torana (in its time) was usually owned as an average family sedan, the Holden name is also known for its racing – although admittedly, more so in the Monaro model than the Torana. However, it’s still esteemed as a classic Aussie muscle car that’s stood the test of time. 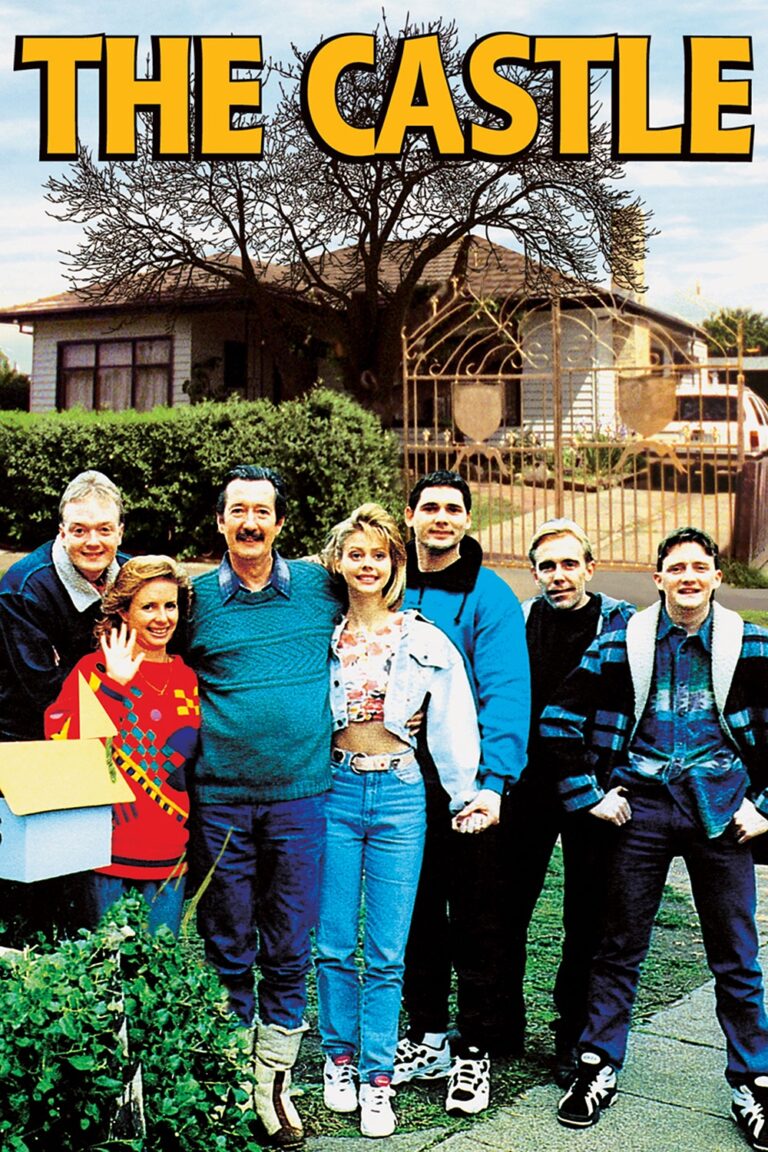 To be honest, as far as popularity goes, the Holden Torana never made it big on the world stage. Sure, we Aussies definitely know a thing or two about our sweet Torana. But globally, other muscle cars simply have more star power.

The Ford Eleanor Mustang made the credits in “Gone in 60 Seconds”, the VW Beetle is the star of its own film in “Herbie” and the Delorean is practically synonymous with “Back to the Future”.

The truth is, other cars have made their way into the global pop culture while the Holden Torana… not so much.

However, Toranas did happen to make a few drive-bys (so to speak) in pop culture that we’re keen to share. Here are two of our favourites.

“The Castle” is an Australian comedy film from 1997 directed by Rob Sitch and starring Michael Caton, Anne Tenney, Stephen Curry, Anthony Simcoe, Sophie Lee and Wayne Hope. The film follows the Kerrigans, an Australian working-class family trying to find their place in the modern world.

The title of the film is a play on the saying, “a man’s home is his castle” and the entire film was shot over the course of only 11 days. Considered one of the greatest Australian films of all time, “The Castle” cost A$750,000 to make and earned over A$10,000,000 at the box office, even though it wasn’t even distributed internationally.

A huge hit in Australia and New Zealand, “The Castle” is pure Australiana and the iconic Holden Torana is mentioned among other classic cars, driving home the true blue essence of the film.

The Holden Torana isn’t a main character in the film but is mentioned in the official trailer for the film which, we think, says a lo. It positions the car as it was, mostly a suburban working-class car for the average Australian family.

Unique to many of our favourite classic cars of the 60s and 70s, Holden Toranas brought a cool factor to your everyday family. And we all sure wore our pride for Toranas right on our sleeves, just like they did in “The Castle”..

Based in the Coolaroo suburb of blue-collar Melbourne, the family in “The Castle” also take great pride in their version of the Australian dream – even though their home neighbours an airport (among other hilariously unfortunate situations).

They’re blissfully unaware of what else might be out there and have a wholesome outlook on what they see as lapping in luxury.

James Bond: “The Man with the Golden Gun”

Before we start, we have to caveat this section and say that, yes – we realise that the Aston Martin is the James Bond classic car.

However, we will take what we can get here and mention that an olive green Holden Torana made a brief cameo in the 1974 James Bond film, “The Man with the Golden Gun”.

While certainly not the most impressive pop culture reference and it’s perhaps a bit of a stretch, seeing this car in a James Bond film from 1974 solidifies the Holden Torana as a classic 70s-era car that was truly of its time. Bloody oath! 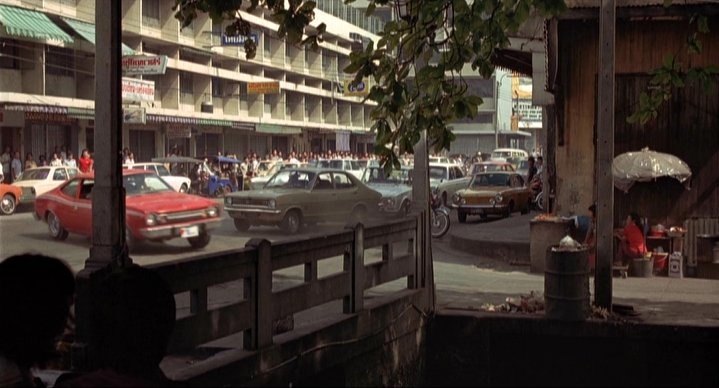 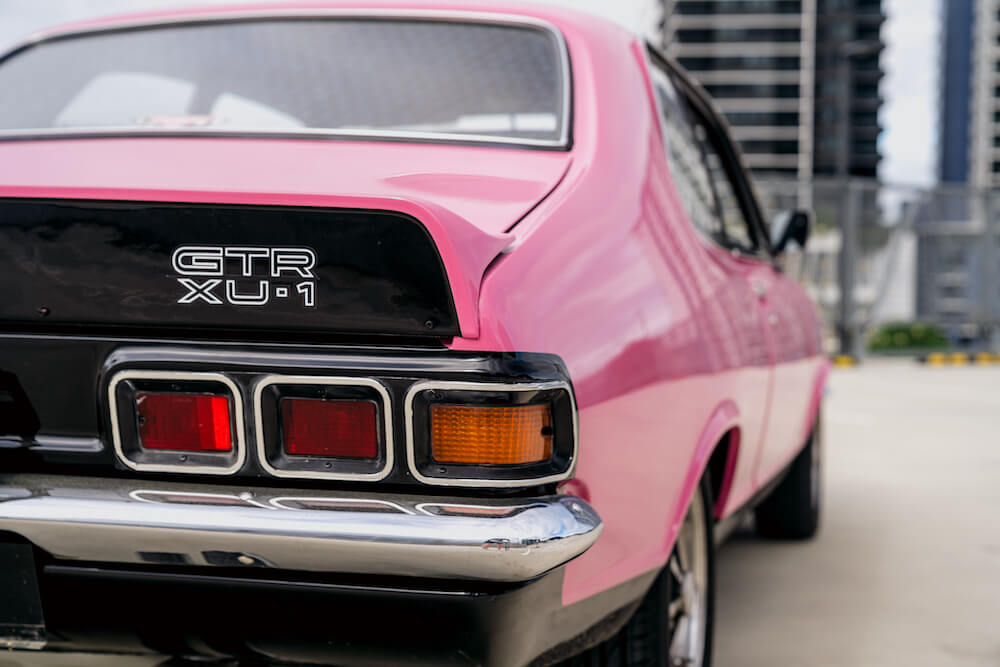 Here at Classics for a Cause, we give away classic cars that all support Australian veterans. And one of our favourite cars to give away is the Holden Torana!

But that’s not all we offer. Check out our current giveaways, sign up as a VIP member and get entries to our next giveaway today! 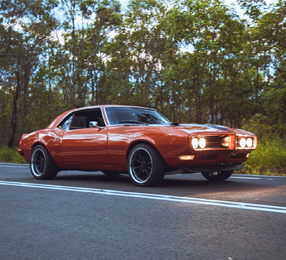